My first trade fair report since the Corona pandemic hit Europe in spring 2020! As I’m finishing this article  Europe is knee-deep into the second wave of Covid-19. Germany is now in its second (or third? It’s difficult to keep track) consecutive lockdown and it doesn’t look like the situation is going to improve anytime soon.

At least the Asian C&T trade fair circuit is slowly starting up again. The organisers of Cosme Tokyo fair, for example, have annouced that the January trade show will take place as a hybrid event (13th to 15th January; offline in Tokyo’s Big Sight expo centre and online in cyberspace). I already signed up for the virtual edition!

However, Cosmoprof Asia Digital Week (CADW) in November 2020 was probably the first fully digitalised beauty trade fair to have taken place since Covid-19 appeared on the scene. I enjoyed the event tremendously – organisers Bologna Fiere and Informa Markets did a great job – and when I go through my Instagram trade show coverage, it really does look and feel like I attended a real-life trade fair.

Anyhow, the first virtual edition of Asia-Pacific’s biggest C&T trade show Cosmoprof Asia took place from 9th to 17th November 2020. Originally the fair dates were 9th to 13th November, but the event turned out to be so successful in terms of scheduled business meetings and video chat traffic that the organisers extended the show for another few days. 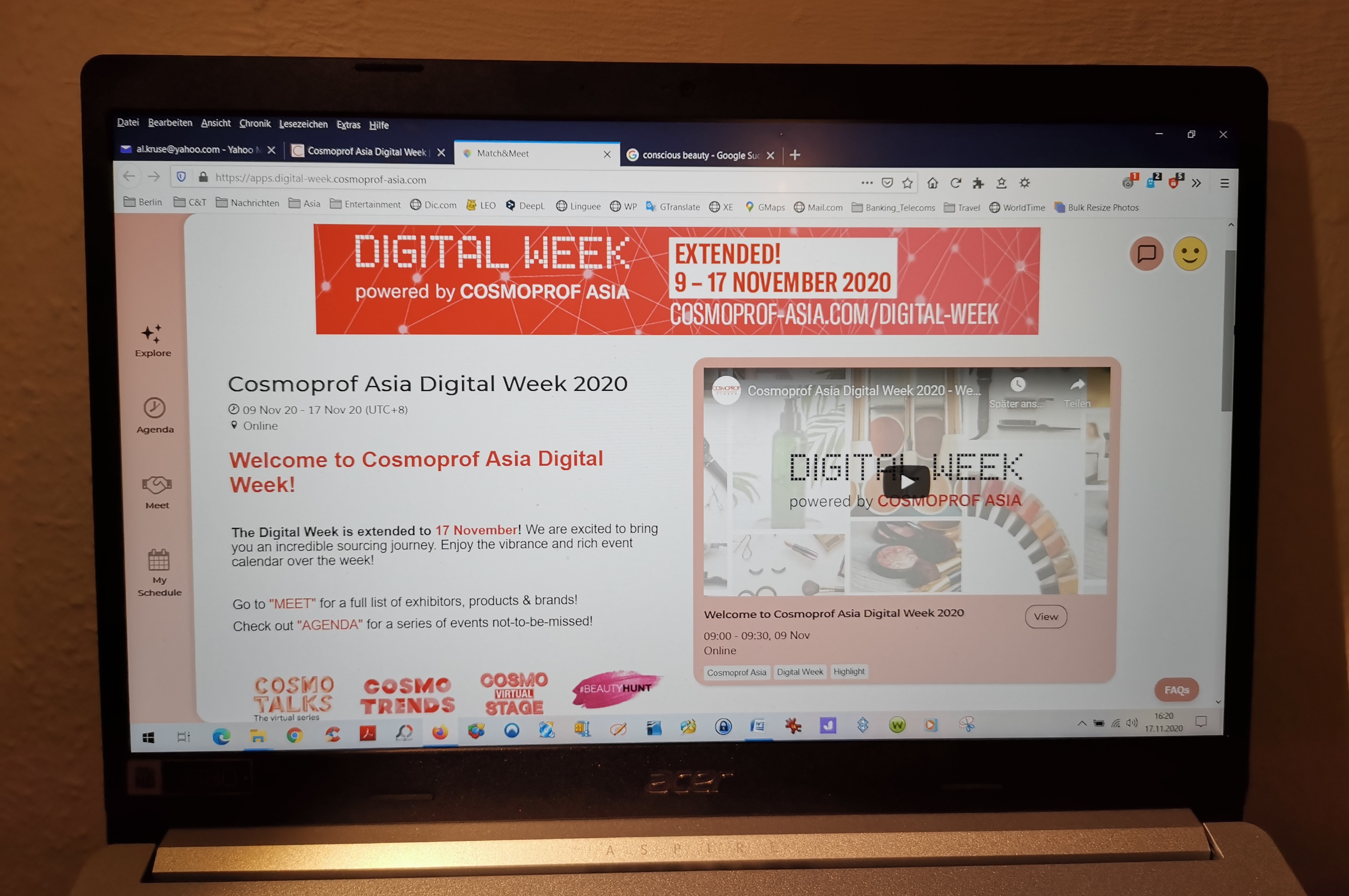