I began writing this trade show review just after Vivaness 2020, the world’s biggest organic beauty trade show, had ended. That was in late February and just a few weeks before Corona arrived in Europe.

Then came the lockdown and cancelled travel plans and all the rest of it, and other things in my life took priority – like tidying up my collection of cooking spices, cleaning out various cupboards and watching a lot of 1980s and 1990s TV series on DVD.

However, now that things in Germany have started to inch towards a precarious kind of (new) normality I decided that it was high time to finish this article. Which I did. Yay me. So if you detect a certain patchiness to this text that’s why: parts of it were written pre-Corona, the rest post-Corona. Or PreC and PostC. February and Vivaness seem like a very long time ago. Anyway.

This year’s Vivaness took place from 12th to 15th February in Nuremberg, a pretty medium-sized historic city in the Frankonia region of Germany. Vivaness and its sister trade fair Biofach (the biggest organic food products expo in the world) are an annual fixture on the European organic industry trade fair circuit.

The first Biofach show took place back in 1990 so this expo’s been around for 30 years. In 1999 the trade fair moved to Nuremberg and in 2007 Biofach’s organic beauty section was spun off into a separate trade show, Vivaness. The two trade fairs always take place in February and, incidentally, pretty much always in rain and snow. February in Nuremberg can be cold!

END_OF_DOCUMENT_TOKEN_TO_BE_REPLACED

Well, Vivaness 2018 has come and gone. The 11th edition of the trade fair took place from 14th to 17th February 2018 together with sister show Biofach, the biggest organic food trade show worldwide. I actually had to go through my old show reports to count how many times I’ve attended this trade show; 2018 was my fifth Vivaness visit.

This year’s trade fair seemed to feature more small and newcomer brands than previous years (especially in the newcomer Breeze exhibition area) which was fabulous – after all, this is one of the main reasons why I love visiting trade shows: new brand discoveries!

Which is also why this show review will focus on international niche and start-up brands (many of which you’ll recognize from my Instagram feed).  Also, with a few exceptions, these are all brands that I’ve never written about on trend-traveller, so this is quite exciting for me as well. I’ve grouped the brands by country, but in no particular order.

And now, click on the link below to read more about my favourite brand discoveries at Vivaness 2018! 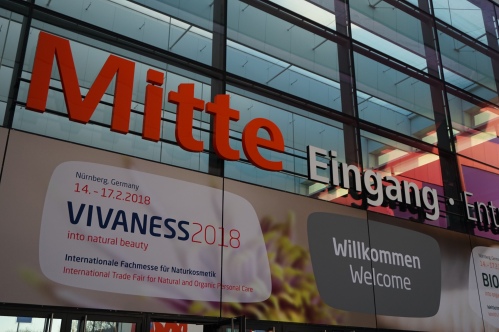 END_OF_DOCUMENT_TOKEN_TO_BE_REPLACED

This year the two trade fairs took place from 15th to 18th February 2017 in Nuremberg. According to organisers Messe Nürnberg, more than 50.000 visitors from 134 countries visited the two trade shows. There were 2,785 organic exhibitors  in total (259 of these brands/companies were at Vivaness) and this year’s Country of the Year was the host country, Germany.

As always, it was an exciting and exhausting four days! This was my fourth trade show (if you’re interested: here are the Vivaness 2014, Vivaness 2015 and Vivaness 2016 articles). And now, without further ado and in no particular order, here are my favourite brand discoveries at Vivaness 2017! 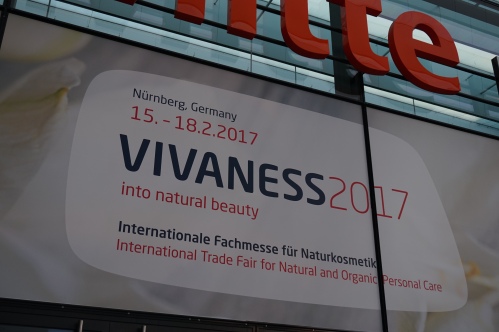 END_OF_DOCUMENT_TOKEN_TO_BE_REPLACED

Here is the PDF version of Organic & Wellness News Spring Edition 2017, which includes four articles written by me:

Last week I was in Nuremberg to attend Vivaness, Europe’s biggest organic C&T trade fair. This year, Vivaness celebrated its 10th anniversary; happy birthday! The official trade show statistics speak for themselves: organizers Messe Nuremberg have announced that 48.000 visitors from 132 countries visited Vivaness and its companion trade show Biofach (the world’s biggest organic food show. EVER!), an increase of around 7% compared to 2015.

Altogether there were 2.544 exhibitors from 77 countries at both shows (Vivaness: 245 companies from 33 countries) and you can imagine how busy the trade show centre in Nuremberg was. Biofach/Vivaness always has a fantastic atmosphere: different languages everywhere, people rushing around like mad, exciting new brands to discover and interesting people to talk to…it’s one of my favourite German trade shows.

So let’s dive right in: here are some of my favourite brand discoveries from Vivaness 2016! Also, this article is even longer than my show report on Cosmoprof Hong Kong 2015 – you have been warned.

END_OF_DOCUMENT_TOKEN_TO_BE_REPLACED

OWN: The Spring 2016 edition of Organic & Wellness News is here

Yes, the new edition of OWN has just been published! And I’ve contributed several articles: a brand profile on Fair Squared (p. 16 in the print version, here is the pdf article) – an interesting company: Fair Squared’s products are organic, halal, fair trade AND vegan. The brand will be officially launched in Germany, Austria and Switzerland at Vivaness next month.

There is also an overview of the current state of organic C&T legislation in Europe (p. 18 in print – pdf article) and two articles about one of the most interesting topics I’ve ever written about: entomophagy (edible insects!). Click here for a background piece on the edible insects industry and an interview with Dan Imrie-Situnayake, founder of edible insects farm consultancy Tiny Farms. (p. 22 in the print version). Or download the entire Spring issue here: http://organicwellnessnews.com/en.

Today is the last day of Vivaness, the biggest European trade show for organic cosmetics. I was in Nuremberg this week to attend the show and had a good time – interesting people, good conversations and some great new niche brands. Vivaness is always inspiring.

Amongst the big German exhibitors were Logocos with Logona, Sante and Heliotrop, Dr. Hauschka and Kneipp, Lavera, Santaverde and Primavera as well as smaller German labels like Benecos, Nonique, Demeter-certified Martina Gebhardt, Speick and Luvos.There were also some interesting international companies – my favourites here include Natura Siberica from Russia and Mádara from Latvia, both of which attended the show last year.

However much I love the products of some of these companies, the best thing about trade shows is the chance to discover new and exciting international brands. Here are some of the companies that I particularly liked – most of them were first-time exhibitors at Vivaness and almost all of them are not (yet) available in Germany. END_OF_DOCUMENT_TOKEN_TO_BE_REPLACED