I was in Tokyo recently for the 8th edition of Japan’s largest retail cosmetics trade show: Cosme Tokyo 2020 took place from 20th-22nd January at Makuhari Messe. The trade fair had relocated from Tokyo Big Sight exhibition centre to Makuhari in Chiba prefectures a few years ago – in 2021, however, Cosme Tokyo will return to Tokyo Big Sight.

Anyway, Makuhari Messe is around 40 minutes by local train from Tokyo Station – i.e. good transport connections if you’re staying in the Chiyoda area. I had booked my hotel in Kanda (one stop away from Tokyo Station) so my daily commute to the trade show was very manageable.

END_OF_DOCUMENT_TOKEN_TO_BE_REPLACED

As you can imagine, this year’s Cosmoprof Asia was massively overshadowed by the political situation in Hong Kong (#StandWithHongKong).

Many international exhibitors had cancelled their appearance at short notice, the majority of attendees from mainland China (one of the biggest visitor demographics for Cosmoprof Asia) also decided to skip the show this year; and so did quite a few international visitors.

I had booked my usual Wan Chai hotel in walking distance of HKCEC and my part of the neighbourhood remained fairly quiet this week so I felt pretty safe throughout my entire stay in Hong Kong. And I did enjoy Cosmoprof Asia 2019 despite everything! 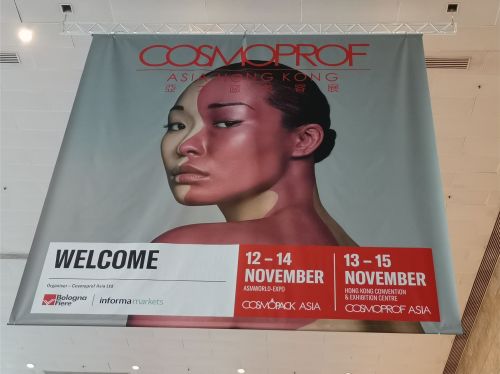 END_OF_DOCUMENT_TOKEN_TO_BE_REPLACED

Cosme Tokyo is getting bigger and better every year. The 2019 edition of Japan’s largest trade show for retail cosmetics featured 780 exhibitors from 35 countries. And over 25.000 visitors attended during the three days of Cosme Tokyo and its sister fair, Cosme Tech.

It was one busy and very cool show! My Insta feed shows almost 30 mini brand/product profiles which is usually my Cosmoprof Asia average! Anyway, it was an exciting trade fair: I met a lot of interesting new brands (and some old favourites). And if you’re interested: here is my Cosme Tokyo 2018 show report.

For more on my favourite brand discoveries and the key trends at Cosme Tokyo 2019, click on the link below! 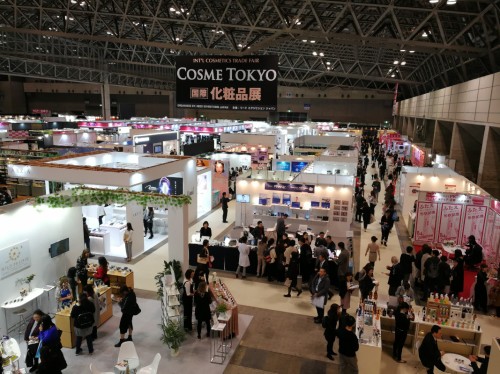 END_OF_DOCUMENT_TOKEN_TO_BE_REPLACED

I just returned from Cosmetokyo, Japan’s biggest C&T trade show. My last Cosmetokyo visit was four years ago; Cosmetokyo 2014 actually was my very first Asian trade fair! Back then, Cosmetokyo took place in October which worked well with the dates for Cosmoprof Hong Kong (mid-November).

Anyway, over the past three years Cosmetokyo has continued to expand in terms of exhibitor and visitor numbers; in 2015 the trade show date was shifted from October to January and after Tokyo Big Sight exhibition centre became too small for the trade fair, Cosmetokyo moved to Makuhari Messe convention centre in 2018.

Cosmetokyo 2018, the 6th edition of the trade show, took place from 24th-26th January. The first day was a little disorienting; the trade fair has changed so much in the last few years. In 2014 the exhibitors were primarily from Japan and it was very much a domestic showcase.

At Cosmetokyo 2018, however, more than a third of the trade show’s exhibitors came from outside of Japan, and there were many country pavilions and international companies that it took me a while to find my bearings. But then I did and I enjoyed the trade fair tremendously, meeting exciting new brands and re-discovering old favourites.

In 2018, Cosmetokyo organizers Reed Exhibitions Japan had added a number of new features, including a new and very interesting section of the show – Inner Beauty. The entire trade show constellation – Cosmetokyo and its sister show Cosmetech together with Inner Beauty and Beauty & Health Foods Expo (another new show section in 2018) – was renamed Health & Beauty Week Tokyo. And there were a few other smaller shows which took place concurrently with Cosmetokyo, like Health & Beauty Goods Expo and Lifestyle Expo Tokyo 2018.

And now, after this lengthy introduction: click on the link below for more information about some of the interesting brands I met at Cosmetokyo 2018! 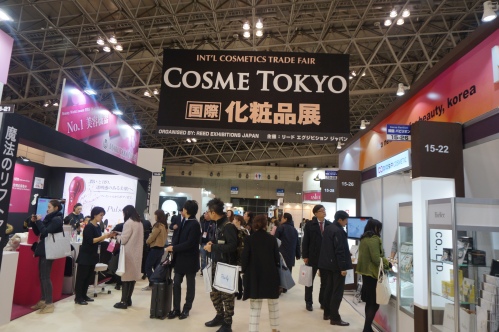 END_OF_DOCUMENT_TOKEN_TO_BE_REPLACED

It was my first trip to Shanghai and my first visit to China Beauty Expo. The trade fair was immense, chaotic and exhausting (as trade shows tend to be!) but also very interesting; mostly because I don’t know many Chinese brands so there was plenty to discover – after all, China Beauty Expo is one of the biggest C&T trade shows in mainland China. Click on the link below for a detailed show review with over 100 high-res pics!

END_OF_DOCUMENT_TOKEN_TO_BE_REPLACED

According to organisers Messe Frankfurt, the 20th edition of Beautyworld Japan was a success: 634 exhibitors from 16 countries and regions presented themselves and their brands at the show. The majority of exhibitors – 526 – came from Japan, the rest were from overseas. And a total of 72,594 visitors attended the trade fair at Tokyo Big Sight exhibition centre.

Click on the link below to read more about Beautyworld Japan 2017!

END_OF_DOCUMENT_TOKEN_TO_BE_REPLACED

A few days ago I was walking through drugstore retailer Ainz & Tulpe’s Harajuku store when the fabulous retro-looking packaging of Ueba Esou’s Gofun nail polish range caught my eye. That very same day, in a different part of Tokyo, I saw Gofun again; this time in a store selling traditional Japanese handicrafts. Besides the Gofun polishes, the store also carries Ueba Esou’s hand cream range – less retro-looking but equally charming. I started to research the brand and guess what – Ueba Esou isn’t a cosmetics company at all: they are a Kyoto-based manufacturer of traditional Japanese artist paints. 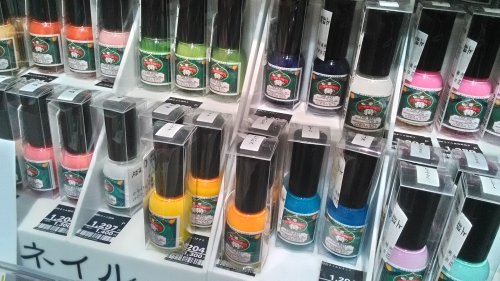 END_OF_DOCUMENT_TOKEN_TO_BE_REPLACED

I was walking around Shibuya today (my must-visit stores in this area include Cosmekitchen in Hikarie department store, the big Tokyu Hands and, of course, design depato Loft Shibuya!) and saw this interesting example of gender-specific retail: Its’ Demo is a fashion/beauty store chain aimed at an exclusively female demographic.

END_OF_DOCUMENT_TOKEN_TO_BE_REPLACED

I first came across Kyushu-based niche beauty brand Satamisaki Organics in Japanese drugstore retailer Ainz & Tulpe’s Shinjuku East outlet this October (you can read my article about the company’s fabulous new Tokyo flagship store here!). Ainz & Tulpe has a special section on the first floor that is dedicated to local beauty brands from across Japan.